Often confused with its cousin the Llama, the Alpaca lives mainly in the Peruvian Andes and its population in South America is estimated at 4 million. Sheep and goats account for about 1.9 billion people worldwide. The alpaca is a member of the large camelid family in which we find dromedaries and camels, which live mainly in Africa or Asia and vicuñas, guanacos, llamas and alpacas which live in America.

Alpacas generally live at an altitude of between 3000m and 4500m where they endure temperatures that can vary between -20°C and +30°C in the same day. About 95% of alpacas live in central and southern Peru.

Note that more and more farms are being created, particularly in Canada, Australia and on a smaller scale in Europe (Great Britain, Belgium and France).

The different species of alpaca

There are two types of alpacas:

- The Huacaya, the most common type which is characterised by its fine, bulky fleece. It has the widest natural colour range of the camelids.

- The Suri, which is less common and is characterised by a long, shiny, wavy and silky fibre. 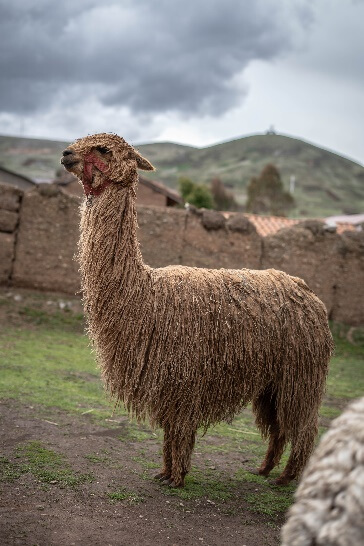 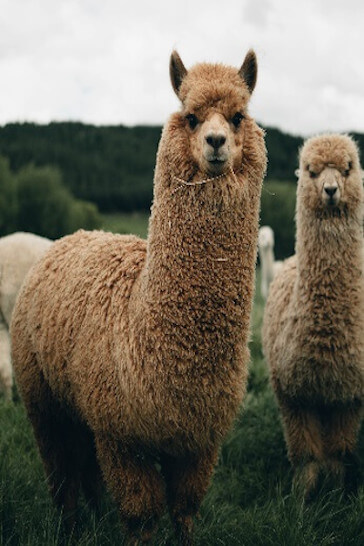 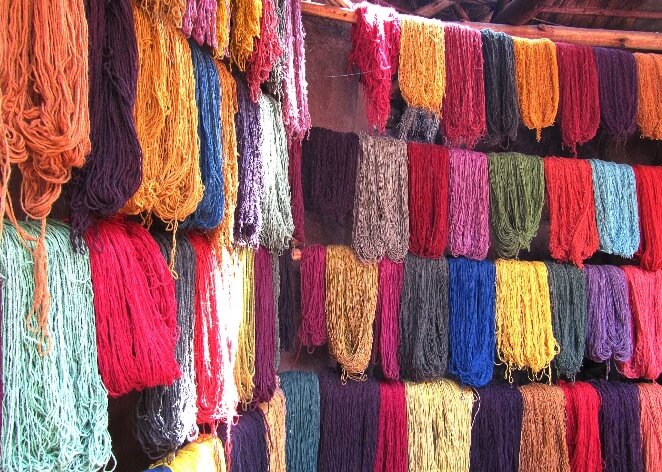 The diameter of the fibre varies between 12 and 32 microns (compared to 20 to 80 microns for sheep's wool). It is officially graded in 22 natural colours.

- The huacaya has a medium-long, curly/wavy coat.

- The suri has a long, droopy hair like strands.

Alpacas need to be sheared every year, in early summer so that they don't get too hot and retain the quality of their wool. It is imperative to shear them at the right time so that the hair has time to grow back before winter arrives. Shearing an alpaca takes about 30 minutes and produces an average of 2 kilos of wool. However, the first shearing will produce between 1.5 to 2 kilos of "Baby Alpaca" fibre for animals under 1 year old. 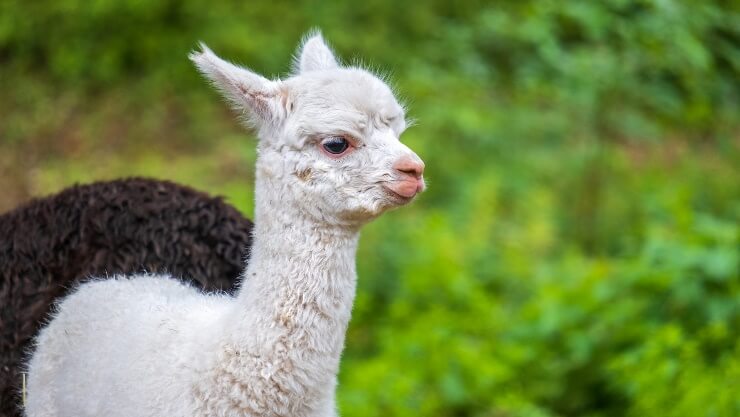 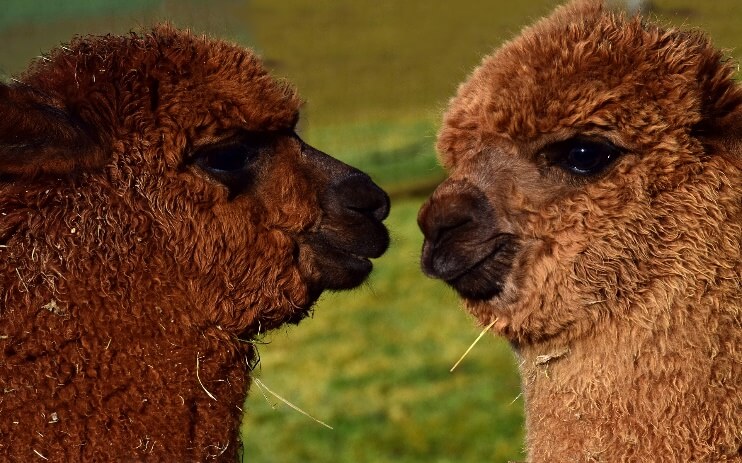 Alpaca has an average lifespan of 30 years. It has the appearance of a large sheep with a long neck and can weigh up to 80 kg. What differentiates it from other camelids is its thick and abundant coat, its short head and its pointed ears. Its size is still half that of its cousin the llama. The alpaca, like the llama, can spit to communicate, however being less aggressive, the alpaca does not tend to spit at humans.

After shearing, the fibre is cleaned (all detritus is removed by hand), sorted, and sent in several batches to the mill.

There it is washed, dried, quilted, carded, spun and rolled into cones. It is then sent to our artisans for product design. 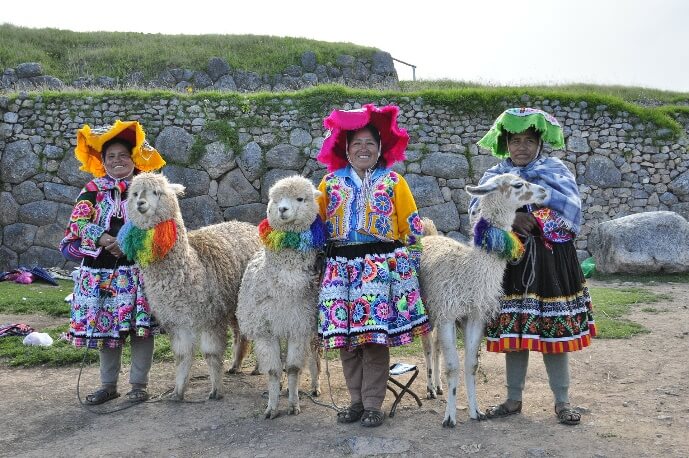